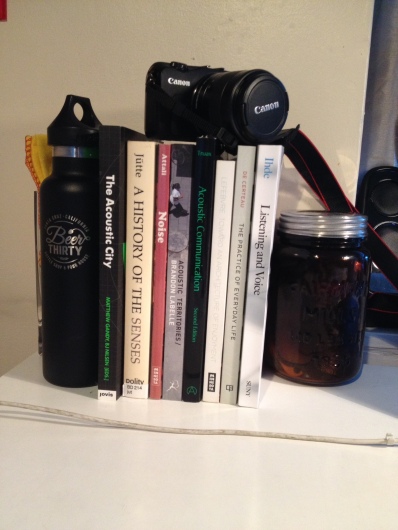 Since it’s a bank holiday weekend and I’m spending my time catching up on work I need to get done, I thought I would quickly post on my current reading, as all of it pertains to non-classics topics right now. Most of this reading pertains to my methodology and intro chapter. So, here we go:

I also picked up a new camera! I had a Nikon D60 from 2005-6 that had traveled with me to Africa (several times), Europe, and all over North America. It was a great camera and I loved using it. However, it has been slowly acting up (the auto focus was noticeably slow and not able to focus) and it was getting harder and harder to use. I looked around at a couple different compact DSLRs and CSC cameras and went with the Canon EOS M (the 3M should be out soon so, got a great deal on the old model). Its small, like a point and shot, but has changeable lenses and many of the DSLR functions. I’m excited to test it out this week, as I’ll be headed to Canterbury Cathedral for a Spatial Humanities workshop Tuesday and Wednesday. For now, it’s back to the books.